Written by Marilia on Friday, December 28th, 2018 No comments

We have a brand new image of Brie as Vers training with Jude Law in Captain Marvel in a scene that was showed during Comic Con Experience. And you also can check this out in the new issue (February 2019) of Empire UK, our gallery was just updated with HD scans, enjoy! 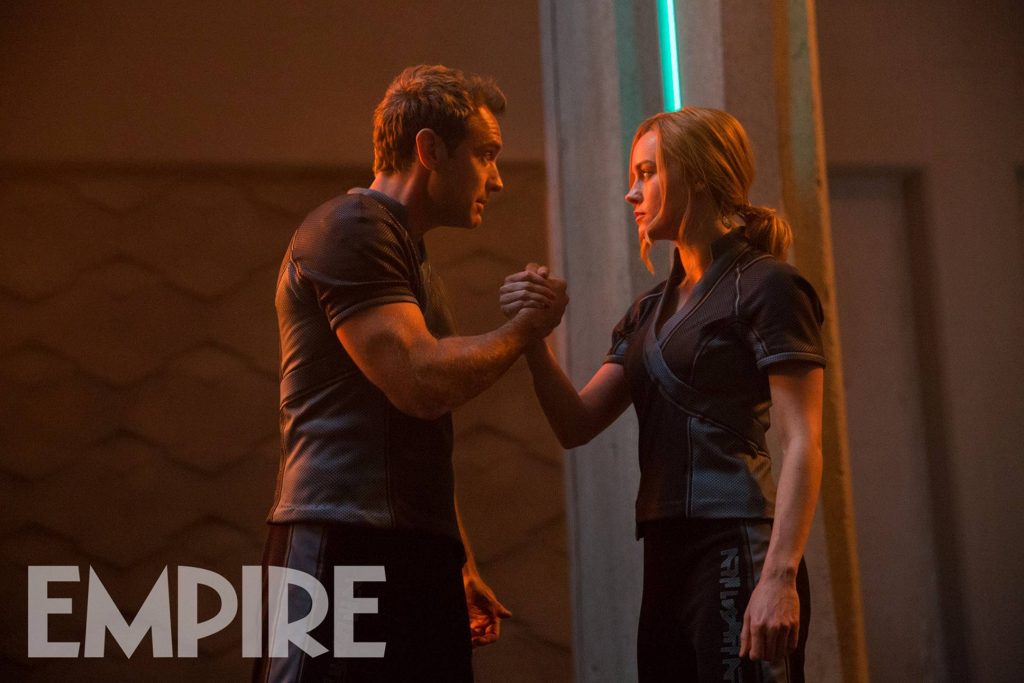 IF 2019 IS THE YEAR OF MARVEL, then its glorious dawn arrives on 8 March, when the long-awaited Captain Marvel finally hits cinemas. Avengers: Endgame and Spider-Man: Far From Home follow in its wake (the former by just six weeks): both a tantalising MCU triple-hit and bamboozling narrative prospect after Infinity War’s post-credit sting saw Nick Fury paging Captain Marvel.

Firstly, this isn’t, as many expected, a typical origin story. The film begins with Carol Danvers (Brie Larson) already imbued with her powers and a member of the Kree military unit, Starforce. It’s the first MCU film set in the ’90s. It’s the first to feature the alien race — and enemy of the Kree — the Skrulls (a scene which showed Carol Danvers trapped in a Skrull ship was shown at Brazil Comic-Con earlier this month). It’s the first female-fronted Marvel superhero movie. It’s also co-directed by a woman, Anna Boden — another first for the studio. And, as confirmed by Marvel President Kevin Feige, Captain Marvel won’t just be a run-of-the-mill hero with run-of-the-mill superpowers. She is, in fact, set to be the most powerful of them all. Ever. And possibly, you imagine, the key to Endgame. The character who might make all the difference to righting the wrongs of Infinity War. Of resurrecting those who were made dust. Is it 8 March yet?