Written by Marilia on Thursday, April 5th, 2018 No comments 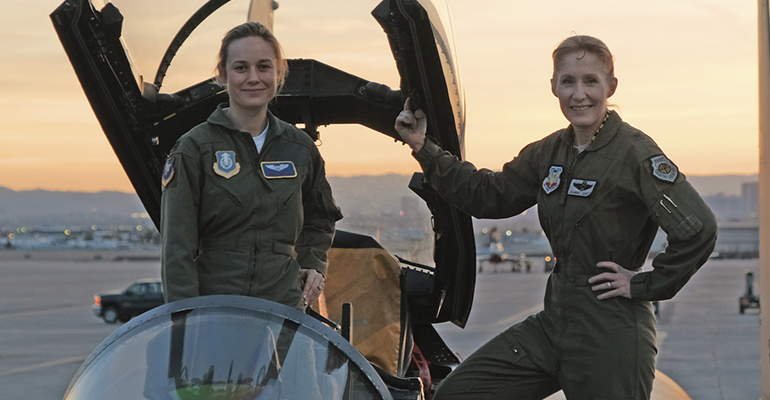 The first synopsis for Marvel Studios’ Captain Marvel has been released to celebrate the film beginning production.

“Based on the Marvel comic character first appearing in 1968, the story follows Carol Danvers as she becomes one of the universe’s most powerful heroes when Earth is caught in the middle of a galactic war between two alien races.  Set in the 1990s, “Captain Marvel” is an all-new adventure from a previously unseen period in the history of the Marvel Cinematic Universe.”

The studio has also announced the return of some of MCU’s well-known faces to Captain Marvel: Clark Gregg as Phil Coulson, Lee Pace as Ronan the Accuser, and Djimon Hounsou as Korath the Pursuer. And the addition of Algenis Perez Soto, Rune Temte, McKenna Grace.

Actors confirmed in previously months, we have Samuel L Jackson, Jude Law, Ben Mendelsohn, Gemma Chan and Lashana Lynch, who replaced DeWanda Wise after she had to leave the production because of schedule conflicts with her Netflix show. Also on Captain Marvel’s IMDB page: Kenneth Mitchell is listed as Joseph Danvers. And I think he will play Carol Danvers’ brother.

Our gallery was updated with sereval images from the set. Captain Marvel is being filmed in and around the greater Los Angeles area, which will also serve as the production base for the film. The production will also shoot on location in Fresno, California, as well as locations in Louisiana, including Baton Rouge and New Orleans in July 2018.

Carol Danvers soars onto the big screen with her own solo adventure, Marvel Studios’ “Captain Marvel,” on March 8, 2019!